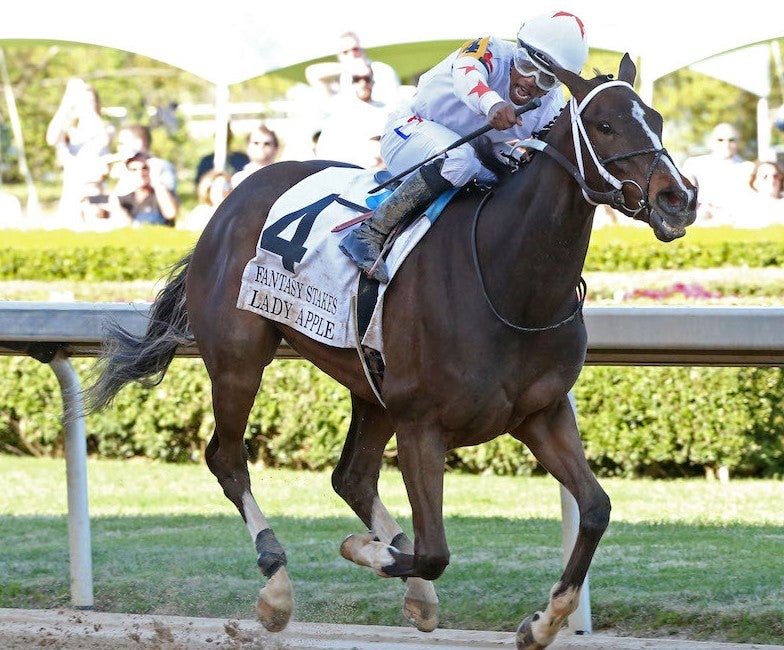 L and N Racing's Tone Broke ships to Zia Park and will headline the field for the Zia Park  Derby.  Zia Park will be the eighth racetrack the son of Broken Vow has raced on in 2019 with the highlight of his season  being wins in the final two legs of the Canadian Triple Crown.   His last start was an off the board finish on the turf in the $1 million Jockey Club Derby Invitational at Belmont Park.  Trained by Hall of Famer Steve Asmussen and a $40,000 purchase at the 2017 Keeneland Yearling Sale, Tone Broke has banked $528,600 through 11 career starts.

“He ran very flat at Belmont,” stated Asmussen. “But he is a very talented horse and we felt this was a nice opportunity to close out the year with another stakes win. He’s thrown in a few clunkers along the way, but has given it  his all, not just at eight different racetracks, but in three countries!”

Asmussen has also entered Bankit, a New York-bred son of Central Banker owned by Winchell Thoroughbreds LLC and Willis Horton Racing LLC. He won the $150,000 New York Derby at Finger Lakes last July and most recently, competed in the Grade 3, Remington Park Derby. He is the highest earner in the Zia Park Derby field, with $537,825 banked in 14 races.

“Bankit has run well this year and we wanted to give him another chance in one of the last 3-year-old stakes of the year,” added Asmussen.

Luis Contreras, who piloted Tone Broke in the Queen’s Plate has the return call and will break from post position nine as the 5-2 morning line choice.  Ricardo Santana, Jr. will ride Bankit, who drew post position four, at odds of 3-1.

According to Equibase, Asmussen is approaching a personal milestone of 1,000 Thoroughbred stakes career wins in North America (US and Canada). As of  November 18, Asmussen had won 991 North American stakes races lifetime.

The Derby field also includes Roy Cobb’s Mr Money Bags, who won back-to-back stakes earlier this year at Sam Houston Race Park before testing the waters in graded stakes company. The Triple Crown nominated son of Silver City, who is conditioned by Mike Neatherlin, broke his maiden at Zia Park one year ago. He won the $50,00 Roadrunner Stakes here last month and boasts a career record of six wins from nine starts.   Dueling, a Kentucky-bred colt owned by Michael C. Stinson, ran sixth in the 2018 Grade 1 Breeders’ Cup Juvenile for trainer Jerry Hollendorfer. The son of Violence made his last start in the Let it Ride Stakes at Del Mar.

Lady Apple Looks for her Fourth Stakes of the Year in the $250,000 Zia Park Oaks

A compact, but potent field of six fillies will go postward in the $250,000 Zia Park Oaks at the distance of one mile and one-sixteenths.

Asmussen will ship in  Lady Apple,  a multiple-graded stakes winning filly by Curlin, installed as the 3-5 morning line favorite. Owned by Phoenix Thoroughbred III and KatieRich Farms, she has been exceptional all year with stakes wins at Oaklawn Park, Prairie Meadows and her most recent victory in the Grade 3, Remington Park Oaks on September 29. Jockey Ricardo Santana, Jr. will guide the bay filly who has amassed a bankroll of $811,960 in 11 career starts.

“She’s a quality filly,” said Asmussen. “She had just two disappointing finishes and both were at Saratoga. We were proud of her victory in the (Grade 3) Fantasy (at Oaklawn) and third-place finish in the (Grade 1) Kentucky Oaks.  Another Oaks win would be very nice for her connections.”

Two fillies from the barn of California-based horseman Richard Baltas will comprise a third of the field.  Horologist defeated 2018 two-year-old champion Jaywalk in the Grade 3 Monmouth Oaks in August before finishing third  in the Grade 1 Cotillion at Parx and most recently competed in the Grade 2, Lexus Raven Run at Keeneland.  Tyler Baze has the call aboard the daughter of Gemologist who is owned by the ownership group of There's A Chance Stable, Parkland Thoroughbreds, Medallion Racing and Abbondanza Racing, LLC.

Horologist was previously trained by John Mazza up through the Cotillion.

“The race at Keeneland was my first time to run her,” said Baltas. “We brought her back to California; she’s has put on some weight and will breeze on Wednesday.”

Motion Emotion, a WinStar Farm LLC homebred, ran in the Grade 1, Kentucky Oaks at Churchill Downs and returned to action in the Beverly Lewis Stakes at Los Alamitos on September 7.

“She been breezing really well,” added Baltas.  “Mario (Gutierrez) has ridden at Zia before; I like her chances.”

Five Additional Stakes on the Land of Enchantment Program

“We are pleased with the interest and participation from nationally prominent horsemen as well as our leading trainers for the seven stakes,” said Mike Shamburg, Racing Secretary at Zia Park. “The 2019 Land of Enchantment card will be very competitive and we look forward to presenting an outstanding day of racing.”