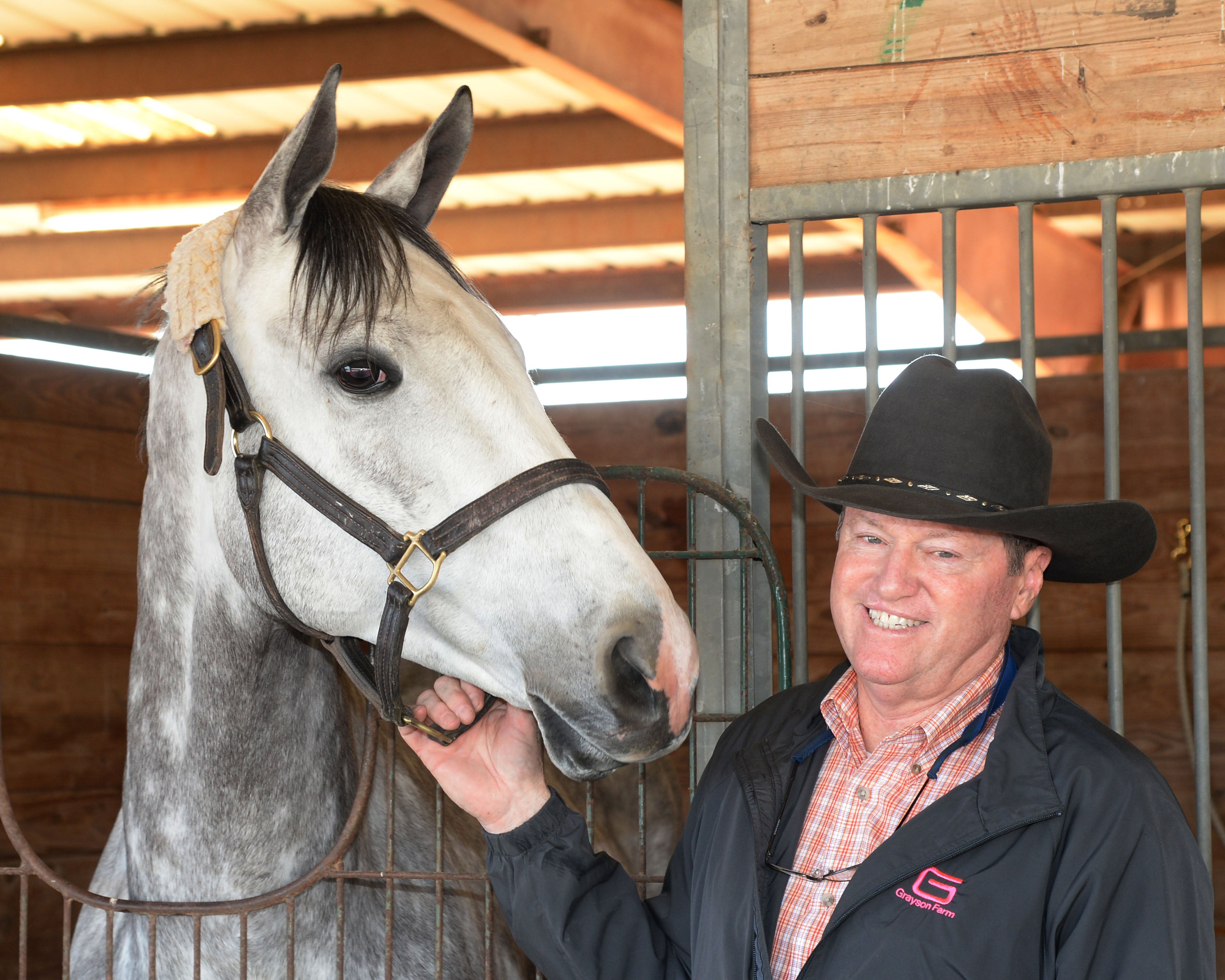 TRAINER LARRY JONES IN PURSUIT OF HIS THIRD VICTORY IN THE GRADE 3, $300,000 HOUSTON LADIES CLASSIC AT SAM HOUSTON RACE PARK

HOUSTON, TX- It's hard to keep trainer Larry Jones out of the Sam Houston Race Park winner's circle. The affable Kentucky horseman has won two previous editions of the Grade 3, $300,000 Houston Ladies Classic, beginning with Joyful Victory, who captured the inaugural running in 2013 and Cassatt in 2015. Both mares were owned by Rick Porter’s Fox Hill Farms.

Jones was one of the first nationally prominent horsemen to point toward the 2020 Houston Ladies Classic. This year’s nominee is the talented millionaire Street Band. Jones, his wife, Cindy and Ray Francis bred the daughter of Istan who is out of the Street Cry (IRE) mare Street Minstrel. She is co-owned by her three breeders as well as Medallion Racing and MyRacehorse Stable.

Jones trained Street Minstrel, who won just two races and became a broodmare in 2008. She has produced

many winners, but Street Band is her highest earner.

“I guess I could brag on the history of her breeding, but the truth is that we bred her to several stallions and kind of went through the Airdrie Stud roster,” he said. “I’ve always been a Proud Citizen fan, so it ended up being a very good match.”

Street Band broke her maiden at Ellis Park on September 3, 2018 and went on to win five of her 13 starts, including the Grade 3 Indiana Oaks and the Grade 1, Cotillion. The chestnut filly last competed in the Grade 1, Longines Breeders’ Cup Distaff, running eighth, and already boasts career earnings of $1,072,425. She has been training forwardly for her 4-year-old campaign.

Joyful Victory was ridden by Rosie Napravnik, who was one of the leading North American jockeys until her retirement at the end of 2014.  Sophie Doyle has been the regular pilot aboard Street Band.

“We’ve been very fortunate to work with such talented riders,” stated Jones. “In my part of the country where barrel racing was so popular, the dang girls would beat us most the time! I’ve always believed in giving riders a chance and have been rewarded.”

The Kentucky horsemen, who began training in 1982, is highly respected and known as a consummate "hands on" horseman. He still works many of his trainees, despite a life-threatening accident at Delaware Park in 2014. He was thrown from a horse during morning works, suffered broken ribs and bleeding on the brain and was hospitalized in the intensive care unit.

Jones has trained a distinguished list of Grade 1 winners, including 2011 Horse of the Year Havre de Grace and two Kentucky Oaks champions, Proud Spell in 2008 and 2012 winner Believe You Can.  Of his top ten earners, eight are distaffers

“I don’t know how to explain that,” said Jones. “Maybe patience has something to do with it, but owners kept sending me fillies with a lot of potential.”

Street Band is currently stabled and training at Fair Grounds. Jones has been dividing his time between Fair Grounds and setting up his barn at Oaklawn Park. He will head to New Orleans to accompany Street Band to Houston, with an expected arrival on Saturday, January 25. His plan for the talented millionaire following the Houston Ladies Classic is the March 14 Grade 2, Azeri and the Grade 1, Apple Blossom on April 18.

The draw for the Houston Racing Festival, which includes six stakes and purses of $1 million, will take place on Sunday, January 19. This year’s Houston Ladies Classic closed with 20 nominations, including 2019 Kentucky Oaks champion Serengetti Empress and multiple-stakes winner Lady Apple.

Jones, who also ran second in the 2017 edition of the Houston Ladies Classic with I’m a Chatterbox, knows that Street Band will be facing some very accomplished rivals.

“It looks like the toughest one yet,” acknowledged Jones, "This race at Sam Houston Race Park has been a great fit for us and to win it three times would be great for this cowboy!”