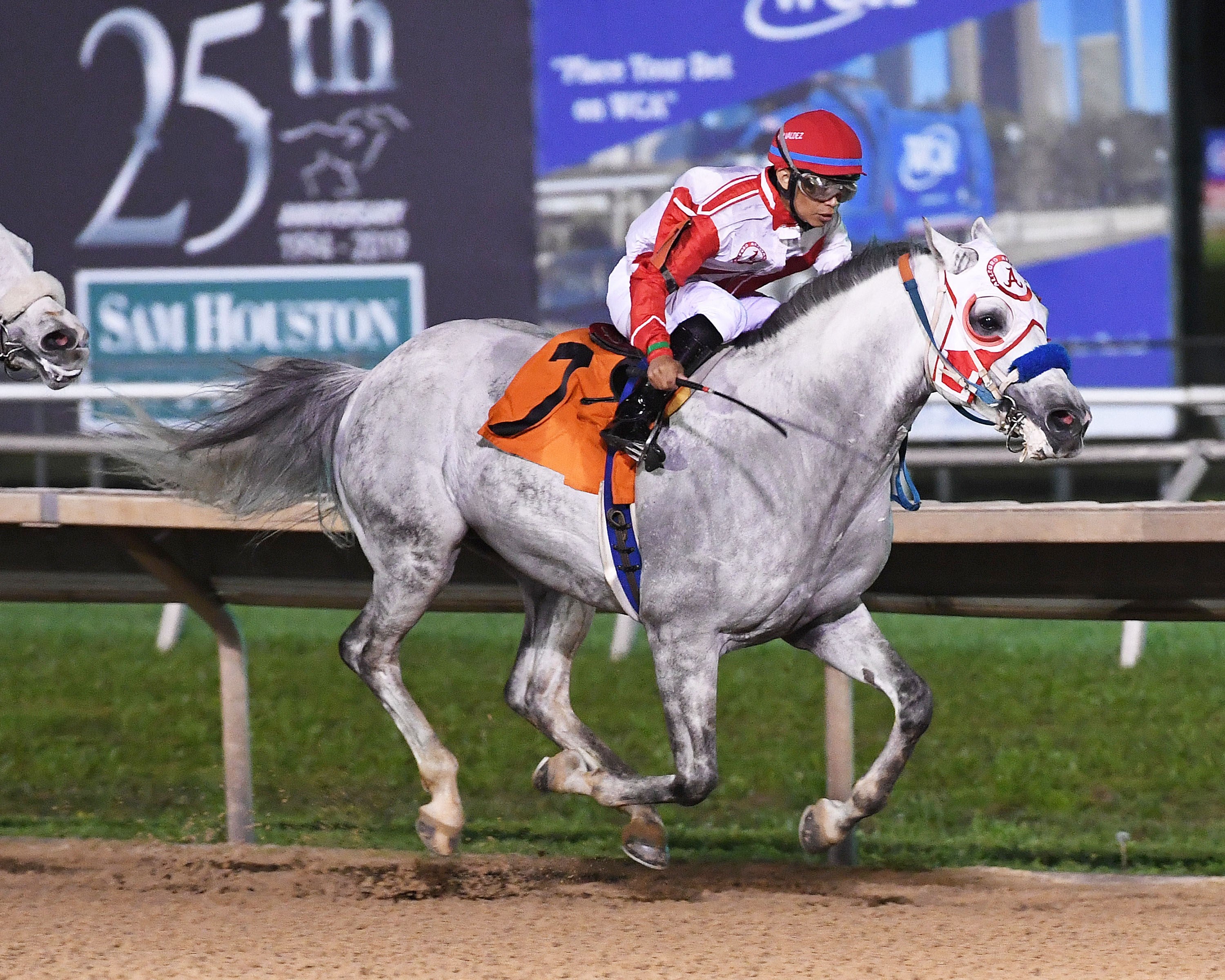 Trainer Jerenesto Torrez Saddled The Winners of Both Arabian Stakes

A talented field of ten colts and geldings and a stakes winning mare went postward in the HH Sheikh Zayed Bin Sultan Al Nahyan Cup. Last year, a photo could not determine the winner between Easter Man and Quick Sand AA. Both returned tonight, but there was no denying Easter Man, who not only won, but set a new track record of 1:31.97 in his victory this evening. The previous record for the distance of seven furlongs of 1:32.15 belonged to The Last Danse, who won this stakes in 2007.

Easter Man, a 7 year-old son of Burning Sand is bred and owned by Betty and Joseph Gillis of Mississippi. They were both on hand to accept the trophy and witness the determination of their multiple-stakes winner.

“The old man’s still got it,” said Joe Gillis. “We are so proud of our horse.”

Jockey Ernesto Valdez-Jiminez had the return call, confidently guiding Easter Man from sixth position, dueling with a game Uptown Sandy Girl to win by a margin of one length. Trainer Jerenesto Torrez liked what he saw.

“I feel that this horse is better going longer, but he ran a great race tonight” said Torrez.

This was the 12th career win from 29 lifetime starts for Easter Man, who won in a dead-heat last year and ran second to Paddy’s Day in the 2017 edition of the stakes.

Dance With Me BW Captures the $7,0000 WATHBA Stallions Cup

Arabian fillies competed in the first running of the $7,000 WATHBA Stallions Cup.

Dance With Me BW entered the race as the heavy favorite in search of her third consecutive victory for owner Rosebrook Farm and dug in gamely under Ernesto Valdez-Jiminez.

Bred in Florida by Bill Waldron, the 4-year-old daughter of Grilla won the Texas Yellow Rose Stakes here on February 2. Breaking from the far outside post, she took the lead at the top of the stretch and repelled a challenge from Fortaissa and rider Bryan McNeil, before crossing the wire in 1.36.97.

“The race did not set up the way I expected, but she is a very nice filly and gave me everything she had” said Valdez-Jiminez.

This was fourth win from seven starts for the gray filly, also trained by Torrez. She paid $2.40), as the heavy favorite.  Last Call MHF ridden by Erik McNeil, closed for third with Mizzdora completing the superfecta.