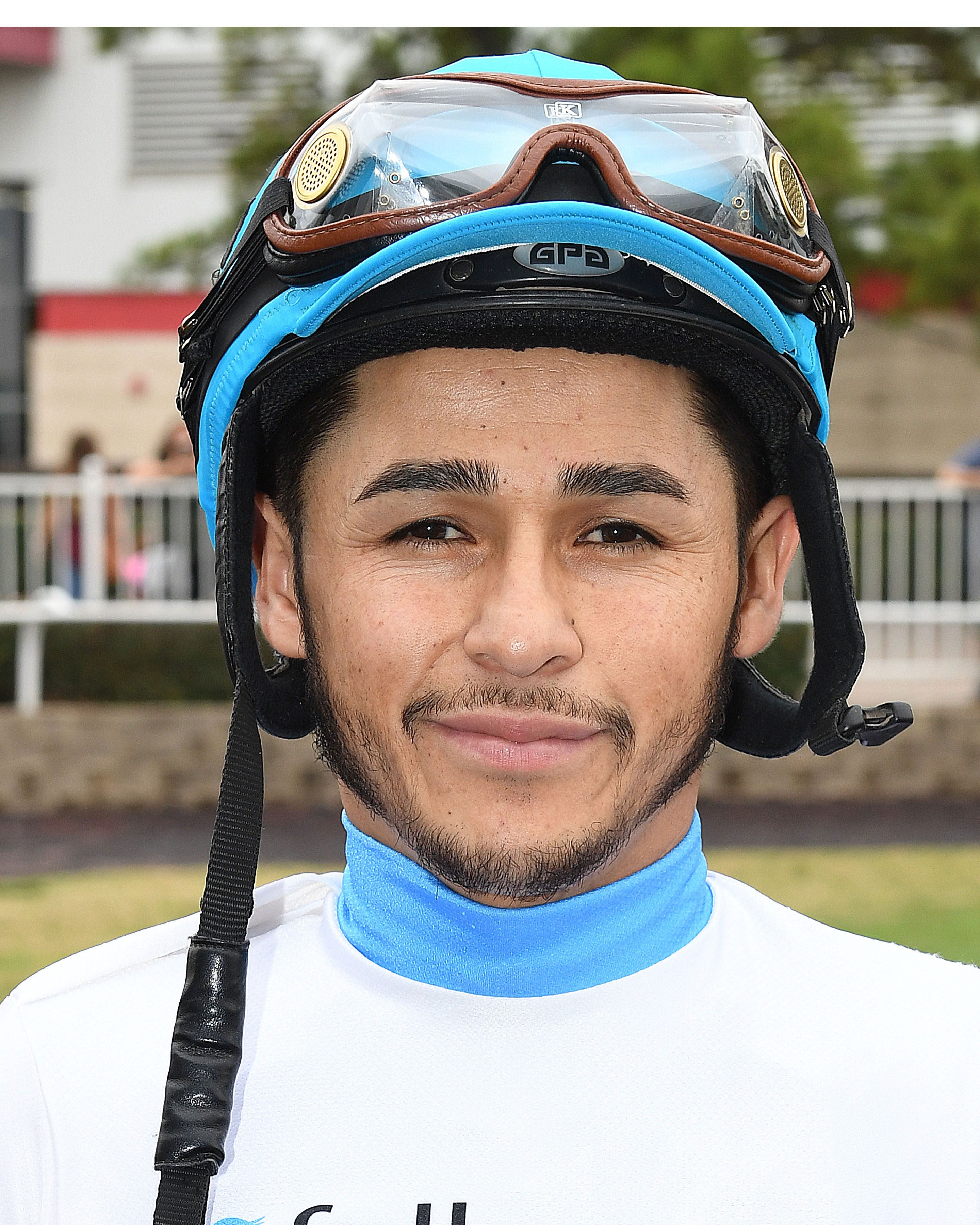 When David Cabrera first rode at Sam Houston Race Park seven years ago, fans were curious to see how the young apprentice would fit into a very experienced jockey colony.

While he did not win a race here in 2013, he gained valuable experience before heading to Lone Star Park, where he did get that covered victory. Most riders have fond memories of their first win; in Cabrera's case, so did the bettors! He notched his first career winner May 2, 2013 at Lone Star Park aboard Frequent Reward, from the barn of Joyce Salisbury in a $7,500 claiming race for fillies and mares. Dismissed by the public at odds of 56-1, Cabrera came flying, from last to first, triumphing with a winning payout of $114.40.

When he returned to Sam Houston Race Park in 2014, he won eight races in the first two weeks of the meet and quickly became a jockey to watch. He finished fourth in the rider standings here and went on to won leading rider titles at both Lone Star Park and Retama Park. Cabrera had successful meets at Sam Houston in 2015, 2016 and 2017 before shifting his winter base to Oaklawn Park the following year.

His path continued with dominating seasons at Prairie Meadows in Iowa and Remington Park in Oklahoma. His top career mount, Welder became the first horse in the 31-year history of the Oklahoma City racetrack, to be honored twice as Horse of the Meet. In 2018, Cabrera set a Remington Park single-season earnings mark for a jockey, winning 95 races and banking $2.3 million for the meet. Last year, he defended his title with 14 more victories than runner-up Richard Eramia.

The enhanced purses in 2020 and the support of a number of horsemen including Steve Asmussen Karl Broberg, who is also the current leading owner, brought Cabrera back to Sam Houston. As of March 12, he is our top-ranked rider with ten more wins than two-time title holder DeShawn Parker. Both men have already eclipsed the $1 million mark in purses in the 2020 Thoroughbred meet that will wrap on March 28.

“It feels really good to be back,” said Cabrera.  “It brings back memories, even though it was not that long ago. We came with a big stable and are doing what we love!”

Travis Church had his book in 2013 and he reunited with his agent again this year. Of course, Broberg is having his usual solid meet and is very pleased to have Cabrera riding first call.

"He’s incredibly talented,” stated Broberg. “David is really good at saving ground and has an innate ability to get up right at the wire. He wins going short, long and on the turf. There’s nothing he cannot do.”

The 27 year-old continues to impress with his confidence, both on the main track and turf course. In seven years, he has made quantum leaps with a career tally of 1,129 wins from 6,634 starts with his mounts earning $23.9 million.

Cabrera was born in Guanajuato, Mexico, and at the age 14, left his parents, sisters and brother to live with his aunt, trainer Marti Rodriguez in Jones, Oklahoma. As a teenager, he worked hard, grooming and exercising horses, prior to making his riding debut. Still very close to his family, Cabrera, 27, and his wife, Rosa are proud parents of a 3-year-old daughter.

“I’m excited about riding again at Lone Star,” said Cabrera. “I won my first leading rider title there and look forward to staying in Texas for another meet!”