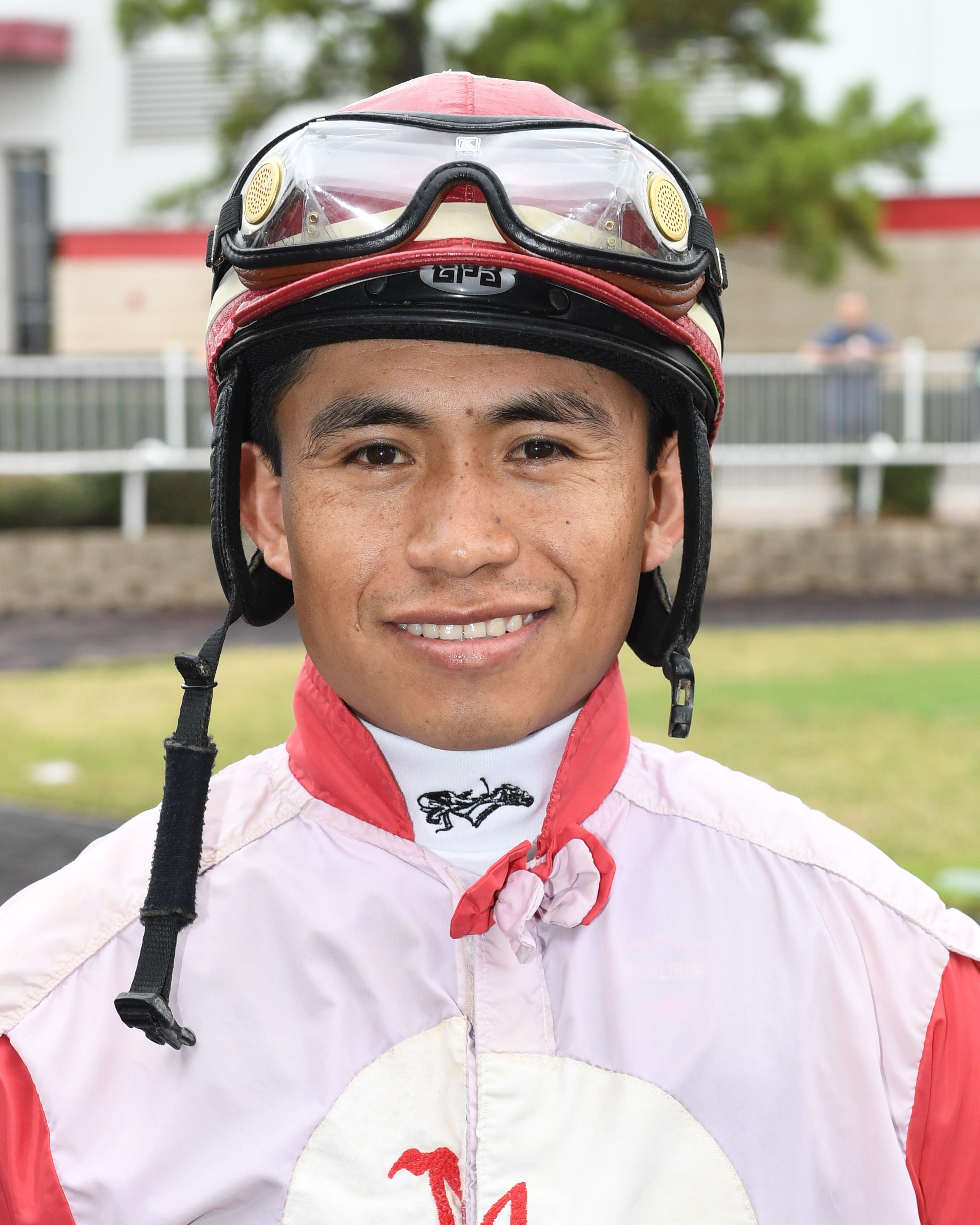 It’s hard to believe that jockey Ernesto Valdez-Jiminez had never ridden a horse until he turned 16.  That’s the year that the teenager with a big smile and bigger dreams left Guerrero, Mexico and came to the United States.

He and his brothers came to Louisiana Downs in Shreveport, making the rounds on the backside, willing to work and hoping to gain experience in the saddle. From 2006-2010, Valdez-Jiminez put in the necessary work and was able to gallop for several barns.

In 2011, he got his jockey license and began riding as an apprentice. Weighing 110 pounds, and with the help of his agent, Travis Church, he caught the attention of several horsemen, including Jerenesto Torrez.

“Travis came to me and asked if I would consider putting him on a horse,” said Torrez. “I knew he was hard-working and was galloping for Cody Autrey, so I gave him a chance. He won on his first mount for me, and again on the second horse I gave him. It could have been three in a row, but he got disqualified.”

Torrez smiles when he recalls the reaction of the young rider,

“He was so sorry,” said Torrez. “It is not my nature to get upset with a rider, but they know I don’t like excuses. He came to me and said ‘I messed up’. That’s what makes him so special.  He’s very smart and always wants to get better.”

Torrez is one of the leading Arabian conditioners in the United States, and Valdez-Jiminez has been his first call rider for many years. On Saturday, March 7, the duo will team up with Rb Kinetic in the Wathtba Stallions Cup and Rb Rich Lyke Me in the HH Sheikh Zayed Bin Sultan Al Nahyan Spring Cup (G1). Valdez-Jiminez won both features in 2019.

“Jerenesto has really good Arabians,” said Valdez-Jiminez. “The key to my riding style is to be patient and not push them.”

Valdez-Jiminez, Carol Cedeno and Jose Angel Garcia are the three finalists for 2020 Darley Leading jockey honors. He has been nominated three times for the award, and the buzz is that this might be his year. The 33rd Annual Darley Awards Ceremony takes place on March 21.

He took a big step forward in his career last year when trainer Mike Neatherlin gave him the call on Triple Crown nominated Mr Money Bags for breeder/owner Roy Cobb.  The intrepid Texas-bred won both the $65,000 Jim’s Orbit and the $50,000 Groovy Stakes in 2019 at Sam Houston Race Park. Valdez-Jiminez finished his year at Zia Park in Hobbs, New Mexico, guiding Mr Money Bags to victories in the $50,000 Roadrunner Stakes and the $250,000 Zia Park Derby on November 27. It was a cold, soggy afternoon, but nothing could diminish the joy in winning the biggest race of his career.

“It was amazing,” Valdez-Jiminez said. “Every time I rode him, he got better. He’s very smart and has a big heart. I’ve never seen him get scared and always gave me everything he had.”

Valdez-Jiminez is off to a very solid start in 2020, winning the $75,000 Stonerside Sprint on January 26 aboard Mr Money Bags, who will be honored as 2019 Texas Thoroughbred Horse of the Year. Stakes wins aside, the gutsy rider has piloted his share of longshots this season, including maiden claimer Hallmark Girl ($50.40) on February 1, and two big longshots on the February 26th card: allowance winner Destiny Awaits ($48.40) and Blushing Kitten ($33.40), who rallied from well off the pace on the turf .

The 29 year-old Valdez-Jiminez and his wife, Naomi, have two children. Their son Giovanni is nine and Michelle is seven. Home is San Antonio, so he makes the commute each Sunday to spend time with his family.

Currently third in the Sam Houston Race Park jockey standings behind David Cabrera and DeShawn Parker, he credits his agent Church for his support as well as the many trainers who have given him mounts.

“Sam Houston Race Park has been great for me,” he said. “The turf course is the best anywhere and it’s great to compete with riders like DeShawn Parker. He is so classy and always willing to help me when I ask. In this profession, you never stop learning.”