Houston, Texas – December 11, 2021 -- Texas horse racing is about to take off, appropriately enough, in the home of the Space Center. The mission for 2022 is to continue or even expand on established momentum, and so quite naturally Sam Houston Race Park has become Mission Control, for this is where it begins, right here, on the parkway in northwest Houston, on Jan. 6.

“We hope to build on what we did last year,” said Frank Hopf, Sam Houston’s assistant general manager. “And last year, Sam Houston had one of the best meetings in its history.”

Invigorated by the legislative creation of the Horse Industry Escrow Account, Texas racing in 2021, for the first time since the Breeders’ Cup came here in 2004, moved significantly forward. And Sam Houston led the way, increasing its handle by 28 percent, to $2.24 million daily, and its purses by more than 42 percent, to $293,000 daily.

Before there was a Horse Industry Escrow Account that augmented purses, Sam Houston was known for its outstanding turf course and its superb main track. “Our surfaces are among the best in North America,” Hopf said, and for years horsemen have agreed. The turf course was largely responsible for attracting top trainers such as Mike Maker, Kenny McPeek, Mike Stidham, and Brad Cox to Houston for the John B. Connally Turf Cup (G3). And the quality of the dirt surface was part of the allure for the Houston Ladies Classic (G3), which has been won by two champions, Midnight Bisou in 2019 and Forever Unbridled in 2016. Letruska, the 2021 winner of the Houston Ladies Classic, will almost certainly be named the winner of the Eclipse Award as this season’s champion older female, meaning that for three of the last six years a champion will have emerged from this race. 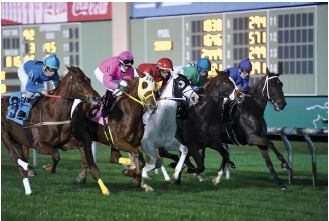 Once again, the Ladies Classic and the Connally Cup will highlight Sam Houston’s lucrative stakes schedule. Both will be run on Sunday, Jan. 30, as part of the million-dollar Houston Racing Festival. Other attractive days on the calendar include Jan. 20, for the Clarence Scharbauer Jr. Texas Stallion Stakes Series; Feb. 19, for Texas Preview Day; Feb. 26, for Texas Arabian Night; March 19, for Darley Night; and March 26, for Texas Champions Day.

But the day-to-day racing is where Sam Houston has seen some its biggest gains, with significant improvements in the quality of racing. In 2021, Steve Asmussen topped the trainers’ standings at Sam Houston with 70 victories; he also topped the national standings with 440 wins (and counting); and the Texas native became the sport’s and North America’s all-time leader with 9,570 victories. And, of course, he’ll continue to pile high the victories as he maintains a large stable at Sam Houston, where in 2021 his horses made 310 starts, or five starts for every stall. 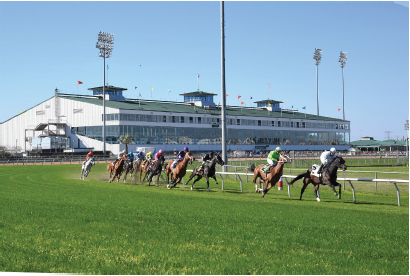 “It’s obvious how important Texas racing is to me and my family,” Asmussen said. “Texas racing has had a nice resurgence lately, with a little help from the state, and we want to do everything we can to support and encourage that.”

Among the horses in Asmussen’s Sam Houston barn, he said, will be Direct Dial. Bred and owned by Will Farish, Direct Dial has won nine stakes in his career while earning $542,771. In six starts at Sam Houston in his career, the 6-year-old has four wins, all stakes races, and two thirds.

James Leatherman, Sam Houston’s racing secretary, said all the top stables from 2021 are back for the upcoming season — those of trainers J. R. Caldwell, Karl Broberg, Bret Calhoun, Austin Gustafson, Mindy Willis, and Danny Pish, in addition to Asmussen. Moreover, Leatherman said, Tom Amoss, who’s 16th in the sport’s all-time trainers’ standings and who’s a perennial leader at Fair Grounds and Churchill Downs, will have a small stable at Sam Houston for the first time.

So the countdown has begun for 50 days of racing at Sam Houston, where the mission is to build on the resurgence of Texas horse racing.

For information on racing and special events or to purchase tickets online, go to www.SHRP.com. For reservations in the Winner’s Circle Experience restaurant call 281-807-8760. ###