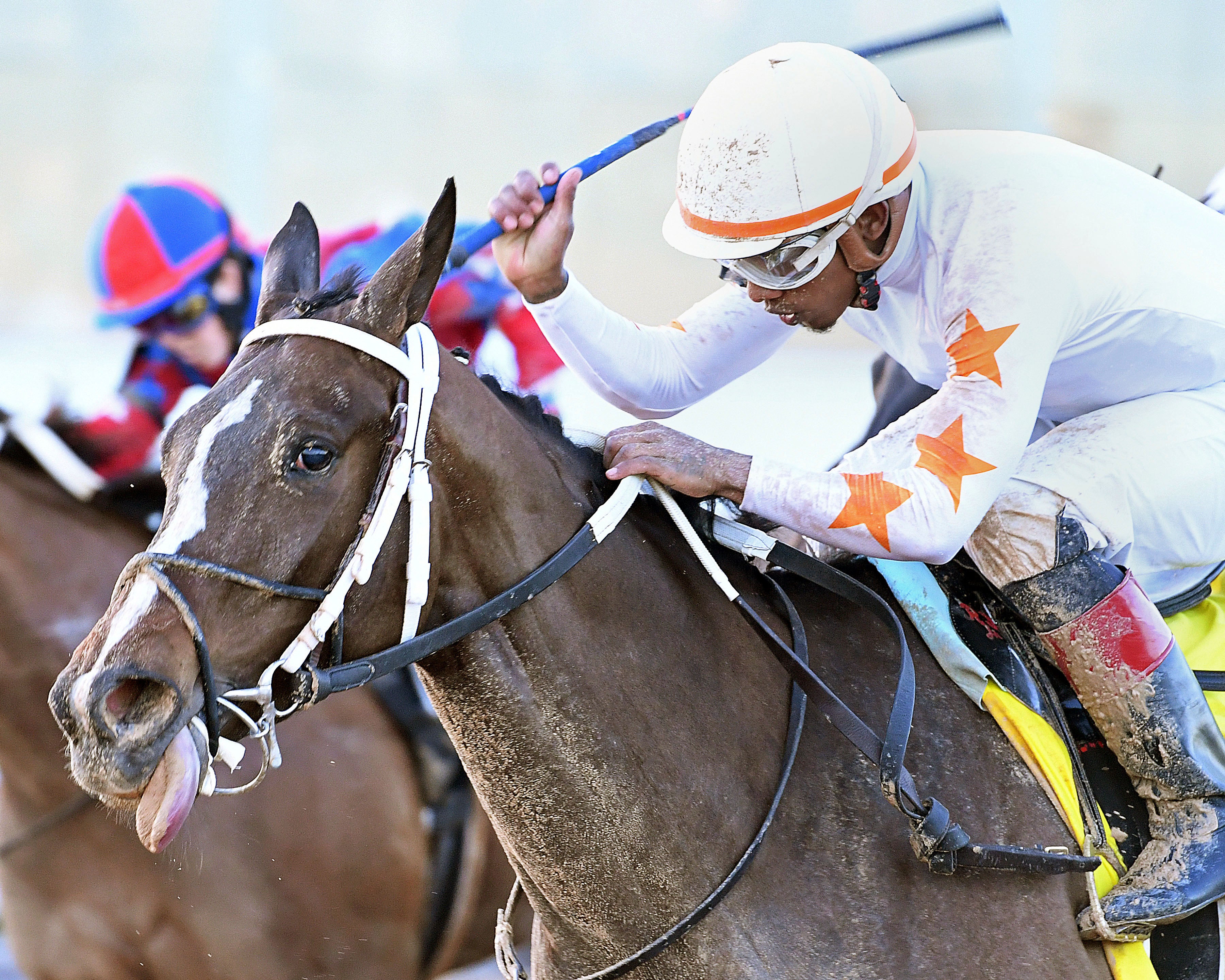 Perhaps some credit should go the Eclipse Award winner Midnight Bisou who began her tremendous 2019 campaign with a victory in the Houston Ladies Classic. Several nationally prominent horsemen had this year’s stakes penciled on their calendar months ago, and never wavered in their intentions to ship quality fillies to Sam Houston Race Park.

For the second year in a row, the victory went to Hall of fame conditioner Steve Asmussen, who saddled Lady Apple. The filly sired by Curlin is owned by Phoenix Thoroughbred III and KatieRich Farms and showed her talent last year with victories at Oaklawn Park, Prairie Meadows before taking the Grade 3, Remington Park Oaks on September 29. Asmussen had entered the bay filly in the Zia Park Oaks but could not run there due to shipping restrictions enacted due to reported cases of equine herpesvirus EHV-1 at Remington Park. He had the Houston Ladies Classic on her schedule, so sent her directly to Houston at the end of the Remington meet where she trained forwardly for her 2020 debut.

Lady Apple was confidently ridden by jockey Ricardo Santana, Jr., who stalked the early pace set by 2019 Kentucky Oaks champion Serengeti Empress, in early fractions of :23.40 and :47.31. Lady Apple, joined by Mylady Curlin and Street Band, advanced upon Serengeti Empress on the far turn, with Santana finding an opening on the rail and calling on his filly. Lady Apple responded gamely and surged for the victory by a margin of a half-length. The final time of the mile and one-sixteenth stakes, over a fast main track, was 1:44.19.

"She was really comfortable and traveling very well,” said Santana. “When we turned for home, I asked her, and she responded. I feel confident with Lady Apple; I knew she would give me everything she had."

Asmussen was in Houston and very pleased with the performance of the Kentucky-bred filly, Lady Apple had a very nice year in 2019," said Asmussen.  "With Curlin in the pedigree, we expected her to be even better as a 4-year-old. What a quality field assembled in Houston; we are so proud of the way she ran today!”

Serengeti Empress, a daughter of Alternation is owned by Joe Politi and trained by Tom Amoss. She entered the Houston Ladies Classic with earnings of $1,462,120.

California-based jockey Flavien Prat, who rode Serengeti Empress in the Breeders’ Cup, made no excuses.

The second millionaire in the field Street Band, ran third under jockey Sophie Doyle. The Grade 1 winner is owned by Jones and Medallion Racing and MyRacehorse Stable.  Next was Mylady Curlin, bred and owned by Sather Family LLC and trained by Brad Cox, with Saracosa, trained by Brendan Walsh and Out For a Spin, from the barn of Dallas Stewart, completing the order of finish.

Asmussen won his first Houston Ladies Classic last January with the super filly Midnight Bisou and is hopeful that Lady Apple will advance as she continues her 4-year-old campaign with stakes at Oaklawn Park next.

“We will try to follow a similar plan that we had we had last year with Midnight Bisou,” added Asmussen.

"I can't say enough about the surface at Sam Houston and for this race to begin her year.”

The Grade 3, $200,000 John B. Connally Turf Cup, at the distance of one and one-half miles, attracted a field of ten, including three turf specialists from the barn of Mike Maker.

But it was conditioner Brad Cox who spoiled the chances of Maker to win his eighth trophy in the Connally with a solid performance by Ten Strike Racing’s Dot Matrix. The 7-year-old gelding by Freud made his first start since captured the Grade 3, Red Smith at Aqueduct.

Jockey Florent Geroux, who won the 2016 edition of the Connally with Da Big Hoss, had the call and broke from post position nine. Settled from off the pace, Dot Matrix was unpressured early, with the early pace set by Sleepy Eyes Todd.  Geroux guided his mount through fractions of :25.63, :52.45, 1:18.21, and 1:43.98, picking off horses as he rounded the far turn. He took the lead at top of the stretch, at held off a late charge by Bemma’s Boy to win by a margin of ¾ of a length. Dot Matrix crossed the wire in 2.33.46 over the turf course rated good due to rain on Saturday night.

“I enjoyed a nice comfortable trip,” said Geroux.  “Some horses like to take off, but we had good position throughout the race, and he responded when I asked him.”

Tessa Bisha saddled for Cox and did a very nice job in her post-race interview.

"I can't really take any credit for getting him ready as he's been with our Fair Grounds string,” she said. “He is just a consummate professional. When I saw the half in :52 and change, I knew that he had a great shot. He’s just a classy horse!”

Maker, who had a very nice win with Zulu Alpha in the $1 million Pegasus Turf Saturday at Gulfstream, completed the trifecta with Bemma’s Boy under rider Tyler Gafflione and Marzo with Corey Lanerie in the saddle. Zumurudee ran fourth for trainer Michael Stidham, followed by Tracksmith, Another Mystery, Prospector Fever, Patriot Drive, Yeowzer and Sleepy Eyes Todd.  Cross Border and Nate’s Attack were early scratches.