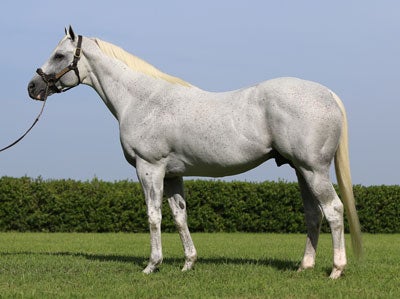 It’s no secret that owners, trainers and jockeys are very pleased with the purse increases at Sam Houston Race Park as well as the 43% boost announced for the upcoming live racing season at Lone Star Park.

In addition to racetracks and horsemen benefiting from the passage of House Bill 2463, Texas breeding farms are very encouraged as well.

Valor Farm in Pilot Point, Texas, stands eight stallions, including Early Flyer, My Golden Song and Congaree. Their leading producer is Too Much Bling, who has been the leading Texas Thoroughbred Association sire since 2013 and is a very familiar name to Sam Houston Race Park handicappers. On Saturday, February 22, progeny of Too Much Bling will be represented in each of the four Texas Champions Preview Stakes.

Ken Carson is the general manager at Valor Farm and did not hesitate when asked if the influx of purse money has boosted the Texas breeding industry.

“Our phones have been ringing,” said Carson. “This is a great start of the year for the state’s breeding farms.”

Valor Farm acquired Too Much Bling in July, 2016 when Lane’s End Texas, which was located in Hempstead, announced its dispersal.

“Too Much Bling proved to be a phenomenal success in Texas right off the bat,” stated Carson. “The credit goes to Will Farish, Danny Shifflett, the McNair family and John Adger. We are very fortunate to stand Too Much Bling.”

Too Much Bling, a son of Rubiano, was bred in Ohio and ran in 11 races for owners Stonerside Stable and Blazing Meadows Farm LLC. He eclipsed the half-million mark in earnings with two Grade 2 stakes victories before making the final start of his career in the Grade 1, TVG Breeders’ Cup Sprint at Churchill Downs in 2006.

As a stallion, his progeny has shown potential early as 11% percent of his 2-year-old starters are stakes winners and 22% are stakes-placed. They possess soundness as exemplified by Sam Sparkle who made 71 starts; Texas Bling who ran 39 times and Blings Express, who earned $518,718 in his 82 starts.  Direct Dial, owned by W.S Farish, and trained by Steve Asmussen, was honored as 2018 Texas Thoroughbred Horse of the Year

Trainer Danele Durham is a huge fan of Too Much Bling, so much so that she dubs herself the “Queen of Bling”! And why not as seven of her top ten money earners are sons or daughters of the exceptional stallion.

“He throws a quick maturing baby,” stated Durham. “You can see it right away; they are correct, intelligent and very trainable. We’ve had some excellent results with our Blings; on the main track and on the turf.”

The future is bright for the striking gray stallion, who remains in good health at 17 years-old and truly loves his post-racing career.

“He’s a character,” added Carson. “You will see him stake out a prime spot in his paddock and take it all in. He knows he’s cool!”

Racing fans will have a chance to check out the impressive Texas-bred offspring of Too Much Bling throughout the Sam Houston Thoroughbred live season and, of course, on Texas Champions Day. The showcase for Texas-breds will take place on Saturday, March 21 with a total of seven stakes.