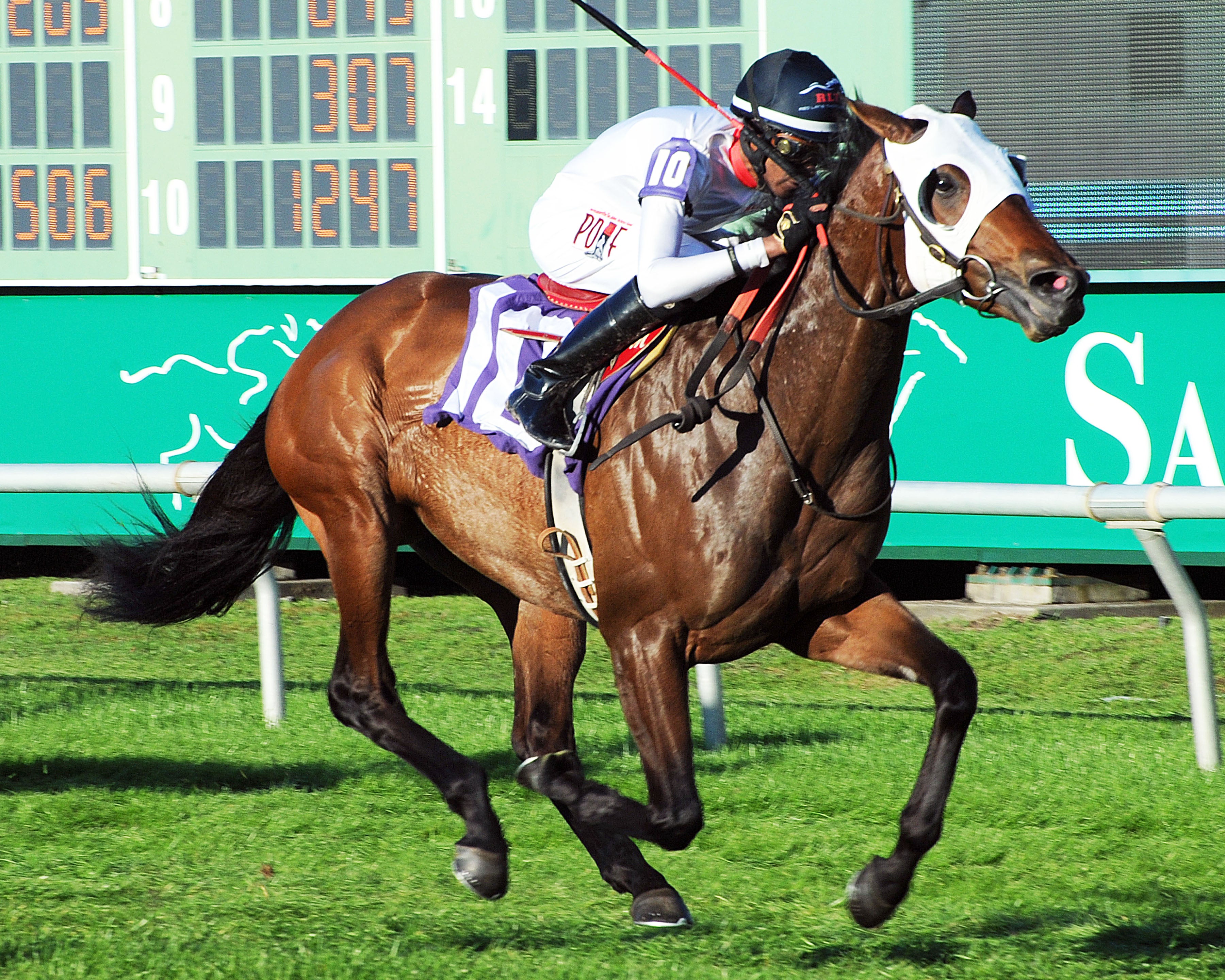 BODECREAM SENSATIONAL IN THE INAUGURAL RUNNING OF THE $200,000 TEXAS TURF MILE AT SAM HOUSTON RACE PARK

HOUSTON, TX- While the Grade 3, $300,000 Houston Ladies Classic and the Grade 3, $200,000 John B. Connally Turf may have attracted the greatest interest from the media and the national racing audience, there were some highly impressive victories in the four Houston Racing Festival undercard stakes. Here are the recaps for the $200,000 Texas Turf Mile, $100,000 Frontier Utilities Turf Sprint, $75,000 Stonerside Sprint and $75,000 Jersey Lilly Turf.

Bodecream Wins the First Running of the $200,000 Texas Turf Mile

The quality and quantity of entries exceeded expectations of Sam Houston Race Park racing officials for the first running of the $200,000 Texas Turf Mile. Horsemen from across the United States took interest in the inaugural edition of the stakes, with Bodecream, owned by Red Lane Thoroughbreds LLC, defeating a field of ten.

Texas-based trainer Danny Pish called on DeShawn Parker to ride the son of Bodemeister, who made his last start at Fair Grounds. He was content to sit off the pace and blazing fractions set by Jack and Noah, before unleashing a very impressive closing kick. The dark bay surged clear by 3 ½ lengths, covering the mile in 1:37.01.

“Danny told me that he runs like he did in in his last race, that he’d be tough,” said Parker. “I got him covered up and when I asked, he got down and took off.”

“Pace really makes the race when you have a horse who is happy to hang back and make one late run,” said Pish. “Chris Hicks of Red Lane Thoroughbreds deserves all the credit; it all starts with good owners.”

Toma Todd, a son of English Channel owned by Bloom Racing, was the runner-up with a strong ride by Miguel Mena. Pixilate, trained by Michael Stidham, closed for third with Chimney Rock completing the superfecta for Three Diamonds Farm. Southgate, Deviant, Drewpower, Memorable and Alohlouya completed the order of finish.

The $100,000 Frontier Utilities Turf Sprint, a five-furlong turf stakes, kicked of the stakes action with a full field of ten competing in the fifth race of the Houston Racing Festival card.

Real News, owned by Town and Country Racing LLC and Gary Broad, ran third in the Grade 2, $500,000 Penn Mile on June 1. Trained by Al Stall, Jr., the 4-year-old son of The Factor prepped for this with a turf allowance score last month at Fair Grounds. Colby Hernandez had the return call and guided the even-money favorite to the wire in :57.30 over a good turf course.

"He had. Great trip,” said Hernandez.  “He broke sharp and at the top of the stretch when I called on him, gave me all he had."

Stall gave props to the ride by Hernandez.

"He’s a young guy and you can see it as plain as the nose on my face, he's getting better and better,” said Stall.  “He rides very well on the grass and has a great future. It took a while to figure out that Real News

was a sprinter. He didn't seem to have the punch going long, so we're going to look for some five and a half turf races and see where we end up in November."

A true “Horse for the Course, Mr Money Bags remained undefeated at Sam Houston Race Park with an impressive victory in the $75,000 Stonerside Sprint.

Ernesto Valdez-Jiminez sat off the early pace set by Takes Two to Tango, before drawing off to a 6 ¾ length win in a final time of 1:09.94.

"People might think I’m crazy running him long and sprinting, but I just believe this horse can do it all," said Neatherlin.

Takes Two to Tango held on for second with 2018 Texas Thoroughbred Horse of the Year Direct Dial running third and Pete’s Play Call completing the superfecta.

The race, formerly named the Sam Houston Sprint Cup, was renamed last year to honor the late Robert C. McNair and his Stonerside Stable. The well-respected Thoroughbred operation, in central Kentucky, produced national and international racing stars, including Congaree, Bob and John, Tout Charmont and Chilukki. McNair sold Stonerside Stable to Darley in 2008 to devote his full attention to his Houston Texans NFL team and numerous philanthropic causes.  Stonerside Stable racing manager, John Adger, who serves as a Texas Thoroughbred Association Board of Director, was on hand for the trophy presentation.

Winning Envelope Rallied for Her First Stakes Win in the $75,000 Jersey Lilly Stakes

A full field of turf mares wrapped up the stakes action with Winning Envelope closing to win the $75,000 Jersey Lilly Stakes.

The 4-year-old daughter of More Than Ready, owned by Lothenbach Stables, was shipped to Houston by trainer Chris Block. Jockey Flavien Prat, who made his first trip to Sam Houston Race Park, guided her from last to first, closing solidly to cover the mile and one-sixteenth turf feature in in a final time of 1:45.15.

“Flavien gave her a great ride,” said Block. “She ran her best race at Keeneland in the Fall. She has a good turn of foot when she gets the right trip. It worked out well; two horses fanned out and Flavien found the seam. It was nice to get the win for Mr. Lothenbach, who lives in Minnesota.”

Winning Envelope ($6.40) was followed by Dream Passage under Florent Geroux, Orageuse and Curlin’s Journey. This was the fourth win in 13 starts for the chestnut filly, whose earnings stand at $198,258.