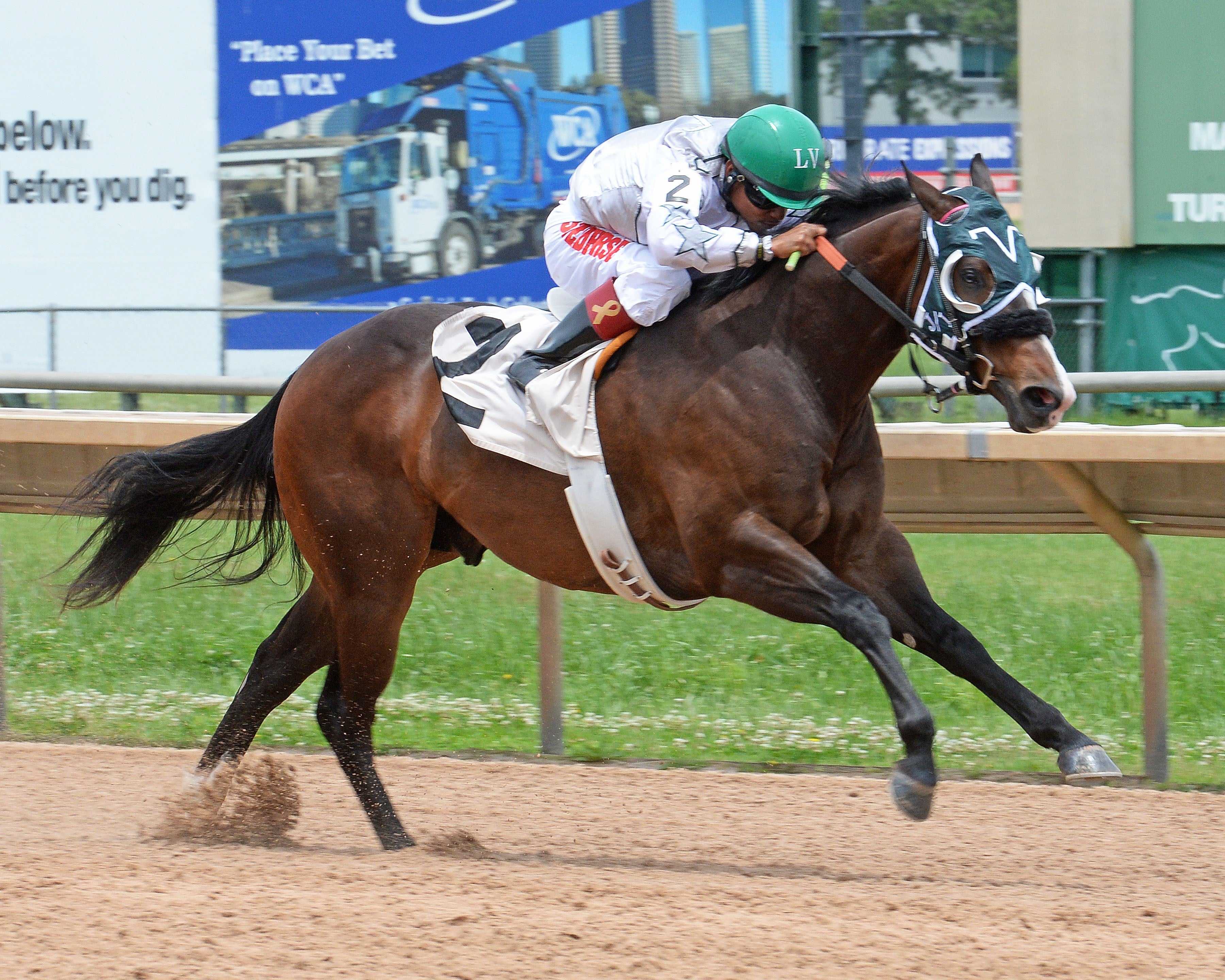 Presentation of the Leading Owner, Jockey and Trainer Awards Also Set for Saturday, May 25

HOUSTON, TX – The 20-day Sam Houston Race Park Quarter Horse season will conclude on Saturday, May 25. The card will feature the final of the $81,400 Space City Maiden Futurity as well as the $50,000 Sam Houston Classic (G2). In addition, the meet’s leading owner, trainer and jockey will be honored.

The final of the $81,400 Space City Maiden Futurity will be contested Saturday night with Famous Cash Corona installed as the 3-1 morning line favorite. This is the first running of the 350-yard event.

Seven trials were run on May 6 and the son of One Famous Eagle out of the Corona Cartel Mare Streakin Cash Corona set the fastest qualifying time, crossing the wire in  :17.980 seconds under jockey Luis Vivanco.

Bred by Terry and Irene Stennett, owner Jose R. Espinosa purchased the bay gelding for $45,000 at the September Heritage Place Yearling Sale in Oklahoma City. Espinosa was the leading owner at Sam Houston Race Park in the 2013 Quarter Horse meet.

Vivanco will have the call in the final for trainer Jose U. Lopez, and will break from the far outside post.  Lopez gives his rider credit for noting the potential in the Oklahoma-bred juvenile.

“He ran sixth in his debut, a trial for the Sam Houston Futurity ( on April 13),” said Lopez. “Luis told us that he broke slow, but felt like a runner and thought he deserved another chance.  He showed us more in his trial and is a very sound horse.”

It has been a busy month for Lopez, known as “Pepe”. He also trains Ed O, who was the fastest qualifier in 15 trials for the $369,405 Laddie Futurity (RG2) at Delta Downs. On Saturday night, he ran a game second in the rich final.

“That was such a close one,” commented Lopez of the runner-up finish to Tdz Jet Black Down. “He’ll be back for the Lee Berwick Futurity.”

Other top qualifiers for the Space City Maiden Futurity include Abraham Huitron’s Be A Freighttrain, a son of Freighttrain B, who won his trial in :18.131 seconds. Current Sam Houston leading trainer Santiago Riojas, Jr. will give a leg up to rider Nestor Duran. This will be the third career start for the sorrel gelding, bred in Texas by Ty Rampy.

Tres Y Seis, a $25,000 Ruidoso Select Yearling Sale graduate, was also a trial winner and posted the third-fastest clocking of :18.189 seconds. Vivanco rode him in the trials for trainer Jorge Barrera, but jockey Cipriano Vidana will have the mount in the final, breaking from post position two.

A field of eight will compete in Saturday’s $50,000 Sam Houston Classic (G2) which will be run a the “classic” Quarter Horse distance of 440 yards.

The 6-5 favorite is Patrick Richardson’s Stone Cold Leader, who makes his Sam Houston debut off a four-race win streak.

The Indiana-bred son of Brookstone Bay has continued his stakes winning ways since capturing two futurities in 2017 at Indiana Grand. He made his presence felt last year in Louisiana, winning both the Firecracker Derby at Delta Downs and the Evangeline Downs Derby last December. The 4-year-old gelding has bankrolled $450,333 in 20 career starts.

“It’s hard to describe how good he is,” said Pina.  “He’s the best one I have ever ridden and  just gets faster every time.”

Nason Eschete will saddle the 4-year-old gelding. Richardson, who lives in South Carolina, travels when he can to see his multiple-stakes winner.

Bobby Cox’s homebred Hawkeye, a 4-year-old son of One Dashing Eagle, prepped for this on April 20. He competed in both the All American Futurity and Derby at Ruidoso Downs and has banked over $177,000 in his 11 lifetime starts. Trainer Josue Ponce is the current leading AQHA trainer in money earned and his horses have hit the board in an impressive 80% stat this meet at Sam Houston Race Park.

The Sam Houston Classic, which had its first running in 1994, will be the ninth race on the card. The winner will join an accomplished group of champions, who have achieved success on the racetrack and as stallions. Past winners include Kool Kue Baby, AQHA world champions Tailor Fit and Jessies First Down, Streakin Sin Tacha and The Louisiana Cartel.

Leading Trainer, Jockey and Owner to Be Honored Saturday Night

Sam Houston Race Park will also present awards to the leading trainer, owner and jockey of the 2019 Quarter Horse meet. Santiago Riojas, Jr. appears to be poised to win his first leading trainer title here as he has a nine-race lead over last year’s leading conditioner, Leon Bard.

Both the jockey and owner title is likely to go down to the wire. Francisco Calderon, who was the leading rider last year, is currently on top of the standings with 23 wins, but he will miss the final two days of the meet as he heads to Ruidoso Downs in New Mexico. Jose Ivan Martinez, Victor Urieta, Jr. and Claudio Aguilar  are within striking distance if they have solid showings on Friday and Saturday night.

Four owners are currently tied with four wins each heading into the final two days of the season. Terrazas Family, Jorge Haddad, Pete Scarmardo and Sunset Well Service, Inc. each have a chance of earning the title.

Sam Houston Race Park is Houston’s premier racing and entertainment facility, located just 15 miles from downtown Houston.  The Park offers a variety of attractions including our Suite Level featuring luxurious suites overlooking the racetrack and accommodating groups from 20 to 300 people, The Pavilion Centre, and award-winning dining options at the Winner’s Circle Restaurant and the Jockey Club.  For more information on upcoming shows, events and tickets, please visit www.shrp.com.